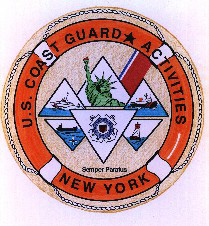 According to its motto, the United States Coast Guard is "Semper Paratus." But "always ready" to do what, for whom and under what name? It depends. In 1790, the "system of cutters" was part of the Treasury Department, and was charged with enforcing customs laws and constructing and operating lighthouses. In 1863, it became known as the "Revenue Cutter Service," and was tasked with inspecting steamboats, saving lives at sea, and enabling navigation of the nation's growing system of water-routes. In 1913, the "modern" United States Coast Guard (USCG) was created. While still part of the Treasury Department, it was to operate in conjunction with the United States Navy in times of war. Today, the USCG is one of 22 agencies in the recently created and always-at-war Department of Homeland Security.

In "This Is Our Time," his "State of the Coast Guard Address," which was delivered on 26 March 2003, Admiral Thomas H. Collins declared that the USCG's new "maritime security strategy" has six principal elements: 1) conduct enhanced security operations; 2) strengthen our port security posture and reduce the vulnerability of strategic economic and military ports; 3) create a more comprehensive awareness of threats and activities in the maritime domain; 4) acquire and build Critical Security Capabilities, to include re-capitalization and modernization of our aging fleets; 5) prepare our forces to transition easily between homeland security and homeland defense operations; and 6) sustain a lasting partnership between the military and law enforcement communities, and between the public and private sectors, both at home and abroad.

New York City will certainly feature prominently in the operations of this "new" Coast Guard, in part because of September 11th, in part because of the high volume of traffic on the area's many waterways (the Hudson River, New York Harbor, the East River, Ambrose Channel, western Long Island Sound and Lake Champlain), and in part because of the military cutbacks in the mid-1990s, which forced the USCG to give up its long-standing base on Governor's Island and to take up residence at ancient Fort Wadsworth on Staten Island.

The first thing to be modernized is the USCG's 15-year-old Vessel Traffic Service (VTS), which was originally designed to prevent collisions and spills, and was installed in the wake of the Exxon disaster in Valdez, Alaska. One of only four such systems in operation in the USA, New York City's VTS includes a dozen radar sensors and surveillance cameras distributed through-out the harbor and watched from a central location. (It was in fact one of these cameras that captured what pictures we have of the spectacular explosion that destroyed a Staten Island fuel barge on 23 February 2003.) Designed by Lockheed-Martin, the upgraded VTS will have infrared as well as electro-optic cameras, an improved radar system, and more sensors. It will also include a new-brand Automatic Identification System (AIS), which -- via the US military's network of Global Positioning Satellites -- will receive information (name of vessel, cargo, point of origin, destination and speed) from transponders installed in the holds of the various tankers, ferries and cruise ships that sail to and from NYC. Using the new AIS, "Activities New York" (the USCG in New York) will be able to identify and track vessels from as far as 30 miles away. 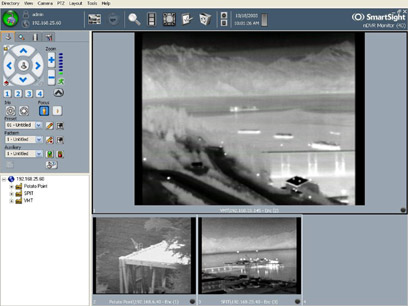 
That's not all, of course. Under the $17 billion "modernization" program called "Deepwater," the USCG will buy a total of 76 brand-new, uninhabited aerial vehicles (UAVs, also called drones): 69 Eagle Eyes and 7 Global Hawks. Lockheed-Martin will make the Eagle Eyes, which fly at low altitudes, require a human being on the ground to work the remote controls, and cost $3 million each; and Northrop Grumman will make the Global Hawks, which fly at high altitudes, are completely computerized, and cost $35 million each. Both come equipped with radar sensors, video cameras and infrared imaging systems, and can broadcast live the images they capture. According to plan, the USCG will be launching these spy planes from the decks of specially created "National Security Cutters" within 3 years.

But there are major obstacles: the Federal Aviation Administration hasn't yet approved the unscheduled use of UAVs in commercial airspace (30 days' notice and a flight plan are currently required); and the teeming waterways of New York City are also very close to two large and very active airports (La Guardia and JFK International). Judging from what's happened in the last decade, it's bad but acceptable if a UAV veers out of control and crashes to the ground at the Army's Yuma Proving Ground or at Edwards Air Force base: those things are expensive, but we're testing them out anyway, so it doesn't matter. It's very bad but still acceptable if a UAV veers out of control and crashes to the ground in a remote or relatively under-populated area such as Afghanistan or Iraq: those expensive things are useful to the enemy as trophies but, without the proper computers and/or software, they are impossible to "hack" into or re-use, so once again it doesn't matter. (If innocent people died as a result of the crash, the horror and outrage of it can be mitigated if the victims are called "civilian casualties" in a "war-torn area of the world.") But it would be totally unacceptable if a UAV veered out of control and crashed to the ground in highly populated New York City, which is literally sick and tired of airplanes falling out of the sky.