A history of video surveillance in England 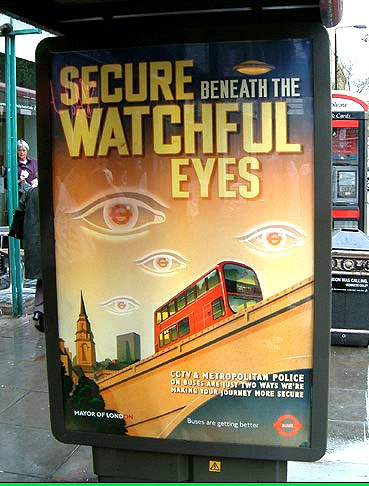 1960: Metropolitan Police use two temporary cameras in Trafalgar Square to monitor crowds attracted to the arrival of the Thai royal family.

1965: British Railways installs cameras to watch tracks near Dagenham that had been vandalized.

1974: installation of video surveillance systems to monitor traffic on the major arterial roads in and through London.

1975: use of video surveillance systems at soccer matches begins.

1987: use of video surveillance systems at parking garages owned by local authorities begins.

1992: use of speed cameras and red-light enforcement cameras on the national road network begins.

August 1993: bombing of Bishopsgate in London by the IRA leads to the construction of the "Ring of Steel" around the City (London financial district). Measures include street-based surveillance cameras.

1994: central government (the Home Office) publishes CCTV: Looking Out for You. Prime Minister John Major states: "I have no doubt we will hear some protest about a threat to civil liberties. Well, I have no sympathy whatsoever for so-called liberties of that kind." Between 1994 and 1997, the Home Office spends a total of 38 million pounds of CCTV schemes.

August 1996: all of England's major cities except Leeds have video surveillance systems in their city centers.

October 1998: use of face recognition software in the London Borough of Newham begins.